Home » Blog » Buying Guide » What are the Best Jordan Shoes ever? 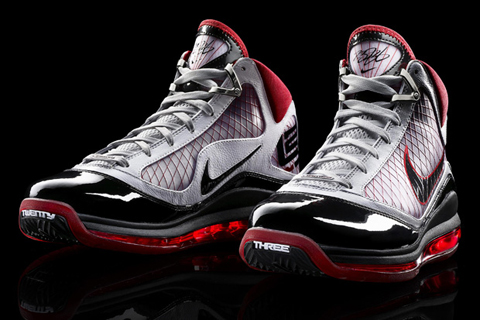 Last Updated: May 01. With the abundance of models and brands of shoes that are available in the marketplace today, it becomes challenging to find the right pair. Amongst others, the Air Jordan shoes have been popular. Obviously, its popularity can be attributed to Michael Jordan, which is why people who idolize him are willing to pay even for an expensive price tag just to have the shoes from such collection. Five of the best choices that can be possibly taken into account when looking for the best Jordan shoes will be further discussed in the rest of this article. 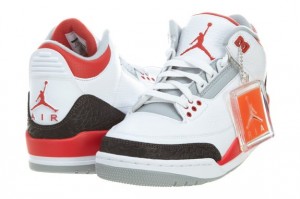 In many of the polls that have been conducted in the past, the Air Jordan III ranks as the most popular from the collection. It was first introduced in 1988, which coincides with the fourth season of Michael Jordan in the NBA. This is also the first shoe to have introduced the elephant print and to show the visible Air-Sole unit. This has also paved way for the introduction of the Jumpman logo, which has since then become one of the things that defined Jordan shoes.

As a part of keeping up with the competition and being able to meet the changing demands of buyers, the Air Jordan III has undergone a series of modifications in the past years, such as through changes in design and color, but still staying true to its form when it was first launched. These changes have been welcomed by the public, although there are still many who are looking for the original design of the shoe.

The Air-Sole cushioning found in this pair has captivated the attention of many people. Simply put, this is an innovative feature that has long been introduced by Nike and considered to be one of the things that set them apart from the competition. This is placed beneath the midsole and beneficial in terms of its ability to reduce compression as a result of force or impact. It allows immediate recovery to revert back to its original shape, and hence, ensuring the optimal comfort of the user.

This is another shoe that is recommended for die-hard Jordan fans. This will surely improve your playing skills on the court while looking attractive through its minimal design. This is the fifth signature Jordan sneaker, which has the design inspired by the Mustang fighter plane that became popular in the 1940s.

The highly visible shark teeth design that is seen at the midsole of the shoe is another thing that its users liked, adding a touch of style to this fighter-like footwear. Many were also happy with the translucent outsole, which is the first one to incorporate such design from the models within the product line. This does not only make the outsole look better, but also allow such to provide enhanced traction on different surfaces.

One more thing that deserves to be given emphasis about this shoe is its lace-lock design. This takes the shoe higher not only in terms of aesthetics but also through ease of use basically because it makes strapping a lot easier to do.

Over the years, from its introduction in 1990, several changes have been made in order to offer something new to the buyers. For instance, a new color way has been introduced in 2000, featuring the official colors of Jordan’s high school. A laser design, which is only limited edition, was also released.

Lastly, it is also important to note that this model is integrated with the Vis-Air shoe cushioning, another innovative feature that gives it an edge above other choices. This is found inside the heel and known for the provision of excellent cushioning and therefore contributing to the comfort that it brings to the user. 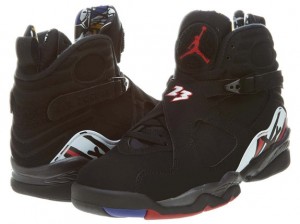 This shoe is part of the history in Michael Jordan’s basketball career, which adds up to its attractiveness. He wore this during the 1992-1993 season of the NBA, in which he was able to score his 20,000th point. This has also given the Chicago Bulls their NBA title. This was also the last shoe that he wore before his first retirement, making it more historic. Indeed, wearing this shoe will not only show your admiration for Jordan, but will also allow you to reminisce such good part of this teams play history.

The upper sole of the shoe is made from full-grain leather. This kind of leather is considered by many to be the best that is available today, basically because it is unprocessed and is unmatched when it comes to durability. Additionally, full-grain leather is also known for its breathability. The latter, however, is a benefit of this shoe that is not only attributed to the use of full-grain leather, but also because of the perforations that are integrated to provide excellent ventilation.

The criss-cross strap is one of the design features that give the shoe a unique appeal. This is not only attractive, but also good in terms of making sure that it is able to deliver a secured fit on the foot.

When you are buying this shoe, do not forget to take a look at the hologram of the panther’s eye, which can be seen at the right of the ankle. This is one of the easiest ways by which it is possible to tell if the shoe is authentic or not. 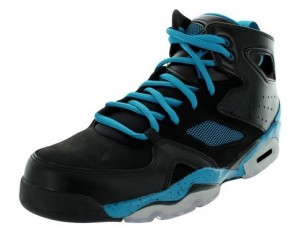 For players who value their performance while playing basketball, this is surely an option that will not bring regrets. It is filled in terms of features that are known for improving one’s playing skills. For instance, there are ankle and mid-foot overlays that are promising in terms of providing the protection and comfort that will be needed by your foot.

It is said that the general design of this shoe is inspired by the Air Jordan VI, especially from the outsole and the midsole. The outsole is made from translucent rubber that can prove to be excellent in terms of the traction that it can provide. On the other hand, the upper part is made from both leather and synthetic leather, while it comes with Phylon midsole- shoe. For many, Phylon is regarded to be better than cushion basically because it is firm, less bouncy, and responsive.

It is paramount to consider the weight of the shoe as you try to make a good choice within the product category. With such, this model will surely prove to be ideal as it is lightweight. Whether you are playing basketball or just in for a leisurely walk, you will surely not have any problems donning this model.

As expected, it has the trademark features that are found in other models of Jordan shoes. For instance, it comes with the same translucent outsole that is commended by many because it allows the shoe to withstand many years of use, aside from the fact that this is also the reason for excellent traction on various surfaces. It also has the Air-sole unit in the sole in order to provide optimal protection against impact. 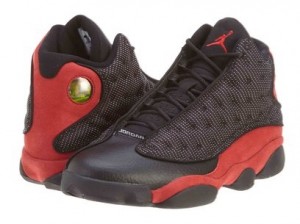 If you are still struggling in trying to find the best Jordan shoes, you can consider this model above other choices. With the different fake versions of the shoe that can be found in the marketplace, it is important to be careful when shopping to avoid being ripped off. In this case, one thing that you should not forget to do is to check the hologram and look for a basketball, Jumpman logo and the number 23.

This is another common choice for Jordan fans because this was his shoe when he showed the world that he is indeed one of the best players in the NBA through the different records that he broke during the time that he played for the league. This model was released in a time where he was honored as an MVP and when he scored the double-digit points.

The design inspiration for this model was a panther, which is very much evident from the way that it looks like. This is also said to be linked to how Michael Jordan would often be called by his peers as the black cat.

It is not only attractive in terms of its design, but also practical, durable, and comfortable. The use of premium materials made it one of the best in terms of the factors that have been mentioned earlier, although one should expect that this will also be very much reflective of its price. Nonetheless, many did not mind paying a high price given the fact that the shoe is one of the best in its class.

By now, it is expected that you have a good idea of the best Jordan shoes that are available in the market today. The five models that have been mentioned above are just a few of the choices that can be taken into account. The good news is that as long as it is from the Jordan line, you can expect nothing but the best when it comes to its quality and functionality. You only have to make sure that you are purchasing authentic models to get the best value for your money.

Michael Jordan might have retired from the NBA. Nonetheless, these shoes, among others, make us remember his glory days in the field of basketball. It reminds us how we have been once fans of his basketball team. With the Jordan shoes, his legacy lives in every basketball fanatic!

Most Expensive Jordan Basketball Shoes: Looking Beyond their Price Tag

Play Like a Pro with the Best Basketball Shorts