If money is not an issue for you, which means that you do not care how much is spent as long as you get the worth of it, you will find delight in reading this article as it identifies the most expensive basketball shoes that are available today. 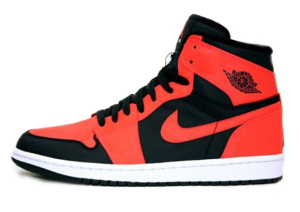 The rarity of this model is perhaps the most significant reason on why it is sold at a crazy expensive price tag. All over the world, there were only 12 models of the shoe, which were signed by Michael Jordan. Truly, this is a collector’s item that is now hard to find, even if you have the money to splurge. This was initially banned by the NBA because of the color and Jordan paid a fine every time it is worn in his game. 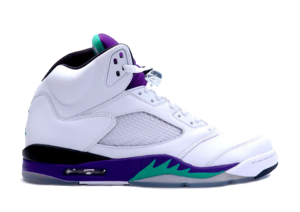 This Jordan shoe is designed with inspiration drawn from World War II fighter jets. This is evident from the shark teeth design on the sole. Also, another unique feature of the shoe is the reflective tongue and the imprint of the number 23 on the side. It is also the first from the Jordan product line that incorporates lace lock, which has been commended by many because it makes it a lot easier to adjust its fit based on the requirements of the user. 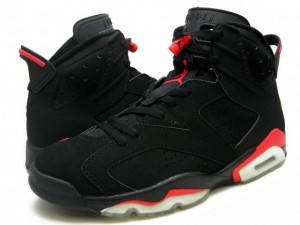 The first appearance of this shoe was during the 1992 Olympics, where it has been donned by Jordan himself. It has also been popular because of the historic win of the Bulls against the Lakers during an NBA championship game. There are only 1,500 pairs released in the market. One thing that seasoned basketball player praised about this model is the integration of a molded heel that offers the highest level of protection for the Achilles tendon. 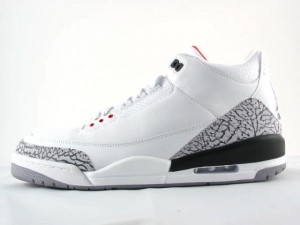 This is the first Air Jordan that has been designed by Tinker Hatfield and features the Jumpman logo that is now popularly associated with the said brand. This was also the first to sport the Nike logo. There were reports that it was personally picked by Jordan as his favorite. It has been highly visible during the 1988 Dunk Championship, which was also the start for fans to clamor over the 1,000 pairs that were made available. 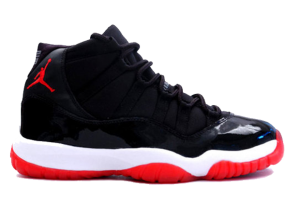 One of the first known appearances of this shoe was during the return of Jordan in the middle of the NBA season, shortly after he pursued his luck in baseball. Improved weight and torque are some of the best features seen in this model, which can be attributed to the use of carbon fiber plates and condura nylon top. The shoe was also seen in the movie Space Jam.

5 Most Expensive Basketball Shoes (Other Brands) 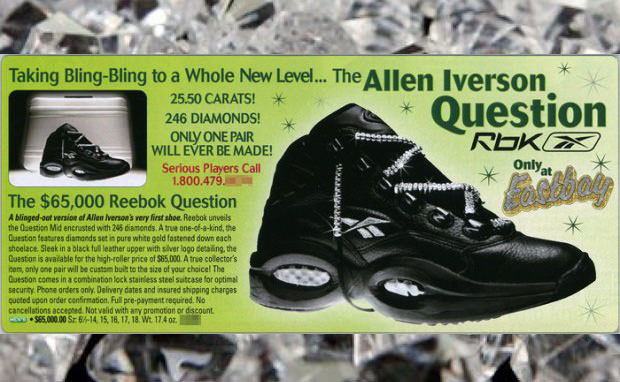 While there are cheaper versions of the Reebok Question Allen Iverson basketball shoe, one that has reached extreme popularity is the model encrusted with 246 diamonds. It is indeed the right one for people with the passion for bling. Only one pair of the shoe has been made. It was in 2004 when Reebok released simpler versions of the shoe, and obviously, cheaper. 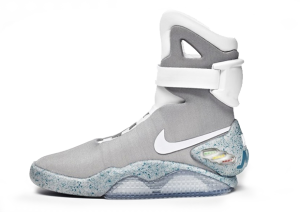 This model has not been made specifically for playing basketball. Rather, it has been popular when it first appeared in the movie Back to the Future. It has a futuristic appeal and produced only in 20 pairs. A replica of the shoe has been made available by Nike and has been sold in order to raise funds for the Michael J. Fox Foundation, who first wore the shoe in the said movie. 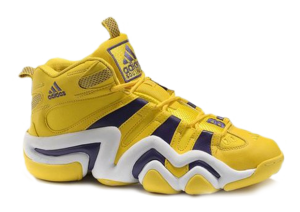 If you are a fan of Kobe Bryant, you are most probably aware of this basketball shoe, which was made in order to pay tribute to his jersey number. When Bryant ended his endorsement contract with Adidas, the shoe has been renamed as Crazy 8. It was designed with the anticipation that it will be used for the 1998 Slam Dunk Contest, but the latter has been eventually canceled. Sadly, even Kobe did not have the chance to wear this golden pair. 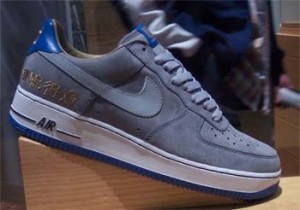 When the Air Force I original design has been launched in 1982, it did not take a long time before it was able to achieve global popularity and it has been eventually named as the most influential sneakers. The black, red, and gold version is considered to be amongst the most expensive in the marketplace. It was released only for giveaways or for auctions. From the units of the shoe that have been produced, half has been distributed in Asia and the remaining half in the United States. 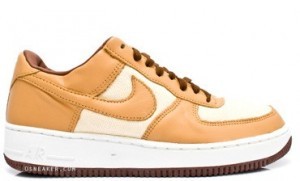 This is another basketball shoe that has been made in limited pairs, specifically 12. This is designed for LeBron James and intended for the 2004 ESPY Awards. As a proof to the exclusivity of the shoes that have been made, the initials of the intended users were embossed at the back of each pair. It is hard or almost impossible to find an authentic pair of this shoe as it is not intended to be worn by just anyone. In fact, it has a customized fit for LeBron and his team.

The top 10 most expensive basketball shoes that have been mentioned above are not intended for everyone. Obviously, they are made for those who have the budget to spare. Many of those who have bought these pairs do not actually use them when playing basketball. Rather, they are worn only on very special occasions or used as displays to be adored by basketball fanatics. If you have the luxury of financial resources, why not try buying a pair of these shoes and be at the envy of the many? If not, click here to see our Top 10 Cheap Basketball Shoes Under $100!

What are the Best Jordan Shoes ever?