Created over 120 years ago, basketball has grown to become one of the world’s leading sports. It has gained millions of fans worldwide and continues to advance to this day.

Throughout basketball’s rich history, especially during the last few decades, its skilled gameplay and discipline has undergone many changes. Some of which, are slightly radical and some subtle. Amongst these changes, the dimensions of the courts have perhaps been one of the only elements that have remained fairly consistent over the years. In this post, we are breaking down a basketball court layout so that even as a complete beginner you can get a good idea of what everything means.

So, you’ve likely seen a basketball court before. It’s pretty much made up of lines and circles. Before we go any further, just know that this explanation is based on a full-sized court. We will first explain the goings-on in the middle of the court and then we will dive into what happens on either end.

The Middle Of The Court 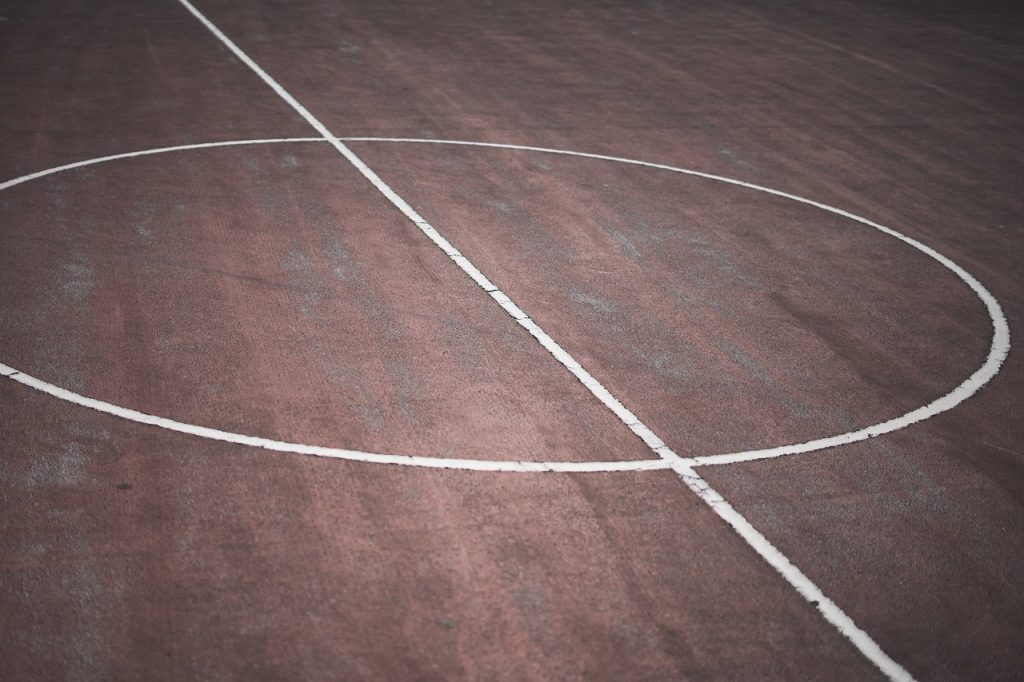 Either End Of The Court 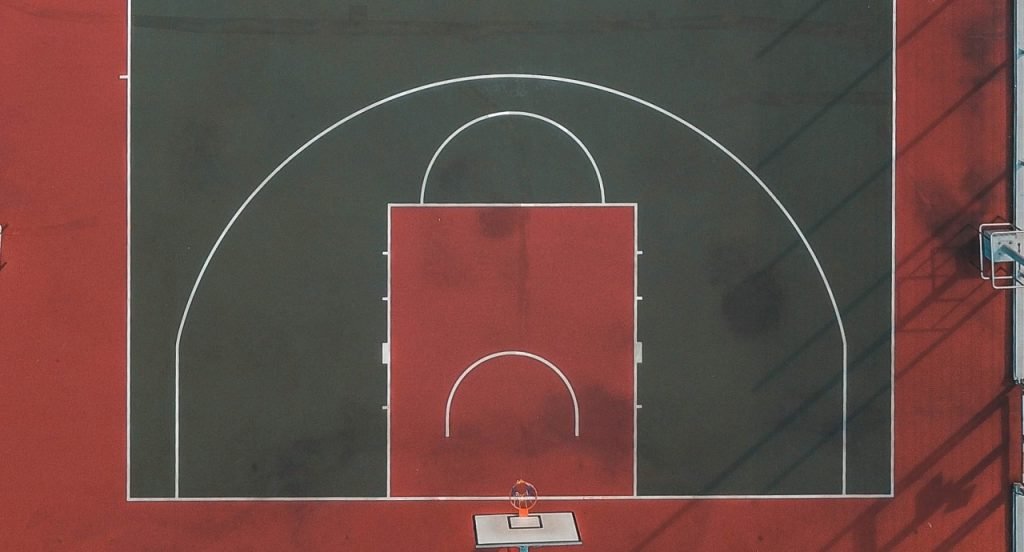 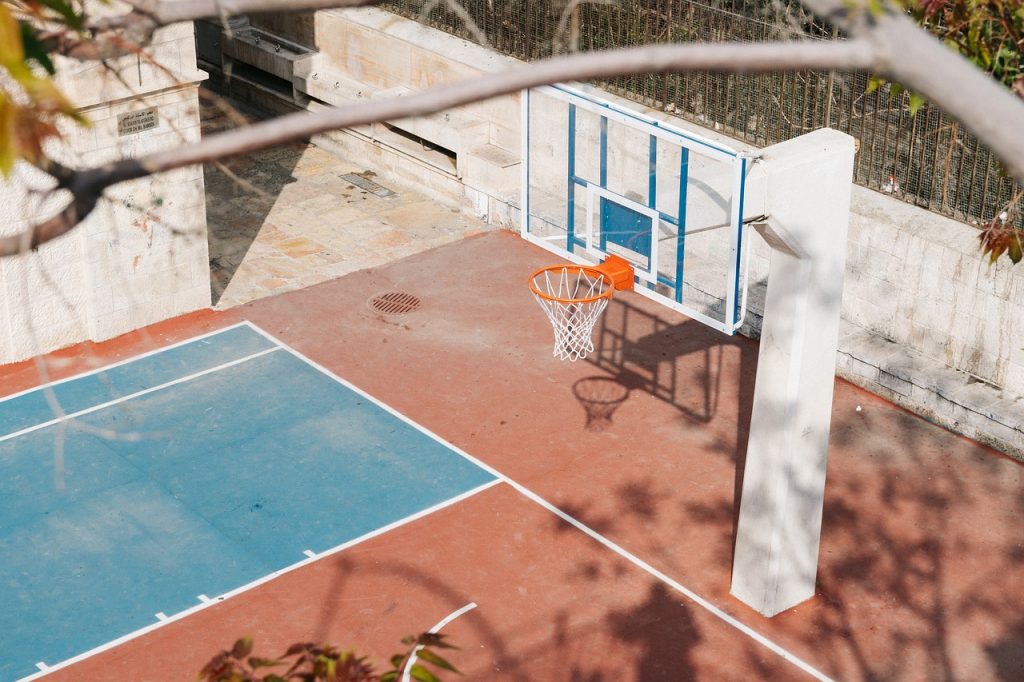 Surrounding the entire basketball court there is a thick line. These are the boundaries of the game. The lines at the side of the court are known as the sidelines and the ones behind the basketball hoops are called the base line. Inside these lines are in play and outside of them are not.

Other Things To Know

Even though there are many other varying factors depending on the place and the regulations in which you are playing, there are several elements that are universally common in all the courts around the world. For example,

Let’s start by defining the dimensions of each of these sections at the same time that we specify the different measurements applied at different levels. Including, those that are used in the most important and advanced leagues around the world. 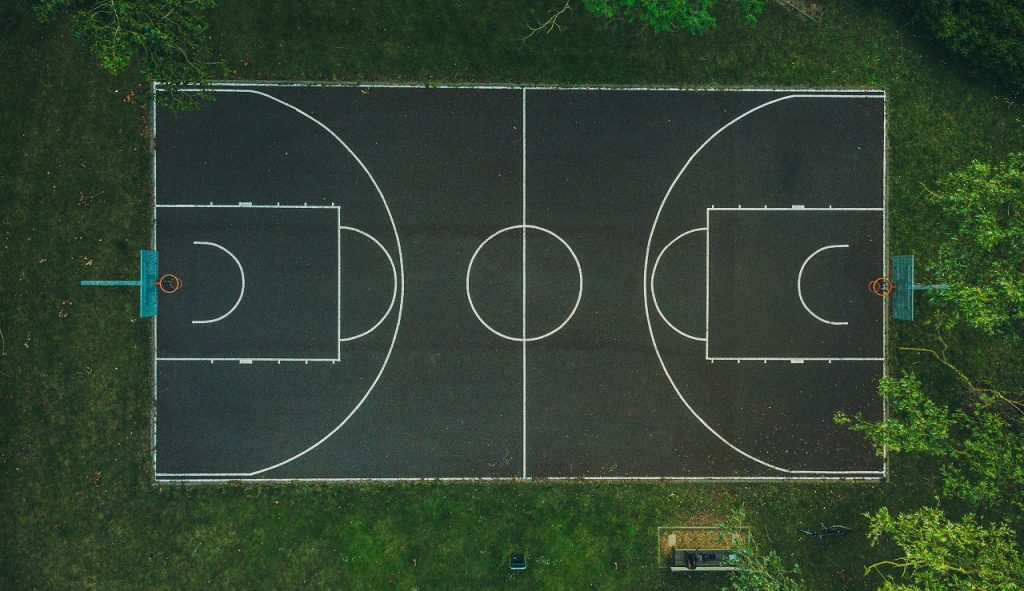 Every basketball court has 3 circles. The main one is right in the center of the court. The other two are on each end, centered on the foul line. All three of them are 6 inches in diameter.

If you are looking at creating a basketball court for a team or school, then there are more areas that you should consider. They are areas that are common in all competitions and ones that you should account for to ensure that there is enough room for them. For example, the team´s bench area, a space reserved for game officials, a safety area that surrounds the entire basketball court, an area for photographers and different members of the media, and potentially many other spaces.

How Big Is A Basketball Court – Some Interesting Facts

The Complete Guide For Buying A Portable Basketball Hoop Online